It is shaping up to be quite a week.

Football has managed to take over the house already. Tom has notched up his first after school detention in only 3 days. Elsie is flipping out about being in year 10 and I am having the week from hell.

We have crash landed in September.

The first week has killed us all.

Well, when I say all I mean Elsie and I. In Tom’s bubble, life is sweet. He is not at a point in his life where he need worry about anything and nor does he. He is only 12 and so I suppose this is a good thing, he is after all a child and so as a child he should be living life as a carefree young soul who’s only concern is food and fortnite. He does this well. Elsie on the other hand is stressing. Already. Still quite some distance from her GCSE’s she is already wondering if she will get the necessary grades to go on to A levels.

She is now worrying if she has picked the right subjects and whether she will be good enough at her chosen subjects, if she will get on with her teachers and her new classmates now that they have all been swapped around. It is going to be a long two years. I can feel her anxiety growing and mine just beginning.

Elsie also came home with a lovely long list of requirements for starting year 10, not least of which was a high-grade craft/sketch book, for her new textiles class and a subscription to Vogue magazine. Yes miss, we shall get on that right away!

Well when I say right away I mean soon… ish!

I seriously over spent in the holidays and will now spend the next few weeks robbing Peter to pay Paul and working like a trojan to get some overtime in before next payday. Luckily my job requires me to work all the hours God sends, so overtime shouldn’t be a problem.  A life outside of work might be though.

Fortunately in another turn of events I haven’t heard from Ivy in ages, it seems he knows I will be struggling with my work/life balance soon and therefore has decided to give me a break.

While this is not the first time we have had long periods of silence, I am going to say out loud, that I am starting to find it a bit bloody irritating.

This is how I see it…

When we decided to get in to our ‘non relationship’, it was agreed this would be a mutually beneficial arrangement between us. ‘Us’ being two very grown up, consenting, intelligent and moderately mature (I am talking about me there not Ivy, who is so mature he is almost mouldy) adults.

This, on paper at least sounds like a dream. What is not to love about meeting someone new, who you kind of like, with a view to just letting things take their course, no pressure and no rules, with exception of the obvious ones, ie; no shagging about (I’m too old for STD’s), have fun, enjoy.  Simple.  You think?

Communication is always the key in any kind of relationship and there in lies the problem, men and women see communication very differently.

Having said that, men and women see most things differently, this is the reason why we should live on separate planets, but while we both have to share this one, it is kind of necessary for us to be able to communicate. You have to be able to talk.

This is my example. Ivy is having a shit time. I know that and I get it, I understand and he will get no pressure from me because I am more than happy with our arrangement, an as and when basis works as perfectly for me, as it does for him. I am very happy to see him once a week, it is never usually the same day, it varies depending on both of our circumstances and this works well, I thought. Until now.

When I last saw Ivy he admitted his day had been pretty shitty. He was not himself and while for the most part he was his usual charming self he was very obviously out of sorts. He could have cancelled the date but he didn’t, I don’t know why, part of me thinks it would have been better for us not to see each other, not because we don’t want to but because we are just not there yet. We are not at the lets sit and listen to each others problems stage.

This may sound harsh but this is where I struggle. In my mind we are having a fling, it is supposed to be fun and in his words not mine “a distraction”, something to look forward to.  Don’t get me wrong, I have looked forward to all of our dates so far and for the most part they have been exactly how I imagined they would be.  Cryptic, I know but I suppose what I am trying to say without giving too much away is that we are basically sticking to the script. Granted it is not your average script and while we are very much enjoying the sexual side of our relationship we sadly lack anything else.

If I am completely honest I don’t think Ivy and I have what it takes to have a relationship but that was not my concern as it wasn’t really what either of us signed up for.  I wasn’t thinking long-term and neither was he.  It was clear from the beginning, I thought, what this was.  However, even though we have for the most part stuck to the agreement we still struggle to talk and I think this is because talking is what couples do and we are not a couple.  This may not make any sense at all as in my head it is like a messed up jigsaw puzzle but we are too frightened to talk and we are too frightened to talk because that is not part of the deal.

The deal is no strings, nothing complicated, just fun but his life is complicated and while he openly admits he is not ready for a relationship, we are still involved with each other even if it is on an ad hoc basis.  Texting each other to share information will not move us on to the next stage in our ‘relationship’ it is just simply polite.

I know I said no pressure and I meant it. I will not hassle him if he is not ready or he has other shit to deal with, but we are supposed to be enjoying this and we won’t if we keep ignoring each other. I’d like to think that Ivy would tell me if he had changed his mind, that the kind, decent, very thoughtful guy that I have been seeing the last few weeks would tell me if he was done and I would do the same.  However, I am not done.  I am more than happy to continue with our ‘distraction’ it works well for me, I enjoy it, I enjoy him but I do expect a certain level of communication.

Whatever you want to call this, it is a relationship of sorts, casual, sexual or otherwise it is still a thing. You might not want to give it a label and it doesn’t really need one but what it does need is some idle chit-chat. Not the kind of communication where you just dump everything on each other but the kind that keeps you in touch, lets you know the other person is still there, that while they may not be able to see you right now because there is other stuff happening they just want you to know that they want to.  This does not mean that you are engaged to be married.

I do not know what to do.

There is a part of me that wants to message him to see if he is ok.  I care that he is ok and I think that is quite normal on my part. It would be much worse if I didn’t care, surely?  I care because I am a nice person, I want to check on him in the same way I would check on any of my friends should they be in the same situation but we are not friends and I am still not sure what we are and it is this uncertainty that stops me from communicating with him.

So now neither of us is communicating and that will just lead to a whole load of nothing.

This in itself is so bloody ridiculous it is almost funny.

Surely I can text and say Hi without feeling like I am forcing myself on him?  The whole point of texting is to arrange when we can see each other or not?  It is not so that I can make demands or push him to make further commitments I just want to see him, whenever, sometime.  I am back to work, it is busy, football is back with a vengeance and Elsie has clubs/activities etc, life is life we won’t always be able to drop everything to meet but by keeping in touch we will know that at least we want to.   If we do.

So, the way I see it is, if you want to carry on this arrangement, then make it look like you do.

I love having dates with Ivy to look forward to it brightens my week and I am now no longer scared to admit it, but I just need him to realise that being excited and looking forward to something doesn’t mean I am wedding dress shopping!

Oh Fuck it! I am going to text him.

What’s the worst that happen?   Don’t answer that! 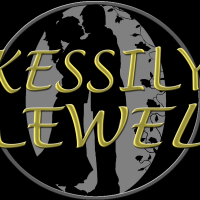 Understanding ourselves and the world we live in.

Musings of a Chaotic Mind

Dating Tips for Everyone

A lifestyle and Photography blog